Well, what a summer. Celebrating Canada’s birthday in Canada and celebrating Switzerland’s birthday here. So much to be thankful for…

We’re now fully equipped with bikes. Diego will use Titi’s mountain bike while we’re here which he’s very excited about.


The family exploring by bike is so great. Now we can all delight in the cows, goats & pigs just beyond our town. Ironic that now that we live in an urban setting our first destination choice when biking is out of town. That’s actually more of a sanity choice for me…I’m convinced my children will run over a pedestrian very soon so best to take them out to the country. We’ve had a few near misses out there though too, the bike paths are busy!

I have also experimented with biking in a skirt. Pretty sure it was a “clean” outing – no inadvertent flashing of strangers or motorists that I was aware of. So far so good…works well on my cruiser. Totally impractical on my road bike. I could see it working on my mountain bike too. So far we have yet to figure out where people are mountain biking…lots of folks decked out like they’re headed out for a hard core ride but all we’ve ever witnessed is them riding on gravel…still a bit more exploring necessary… 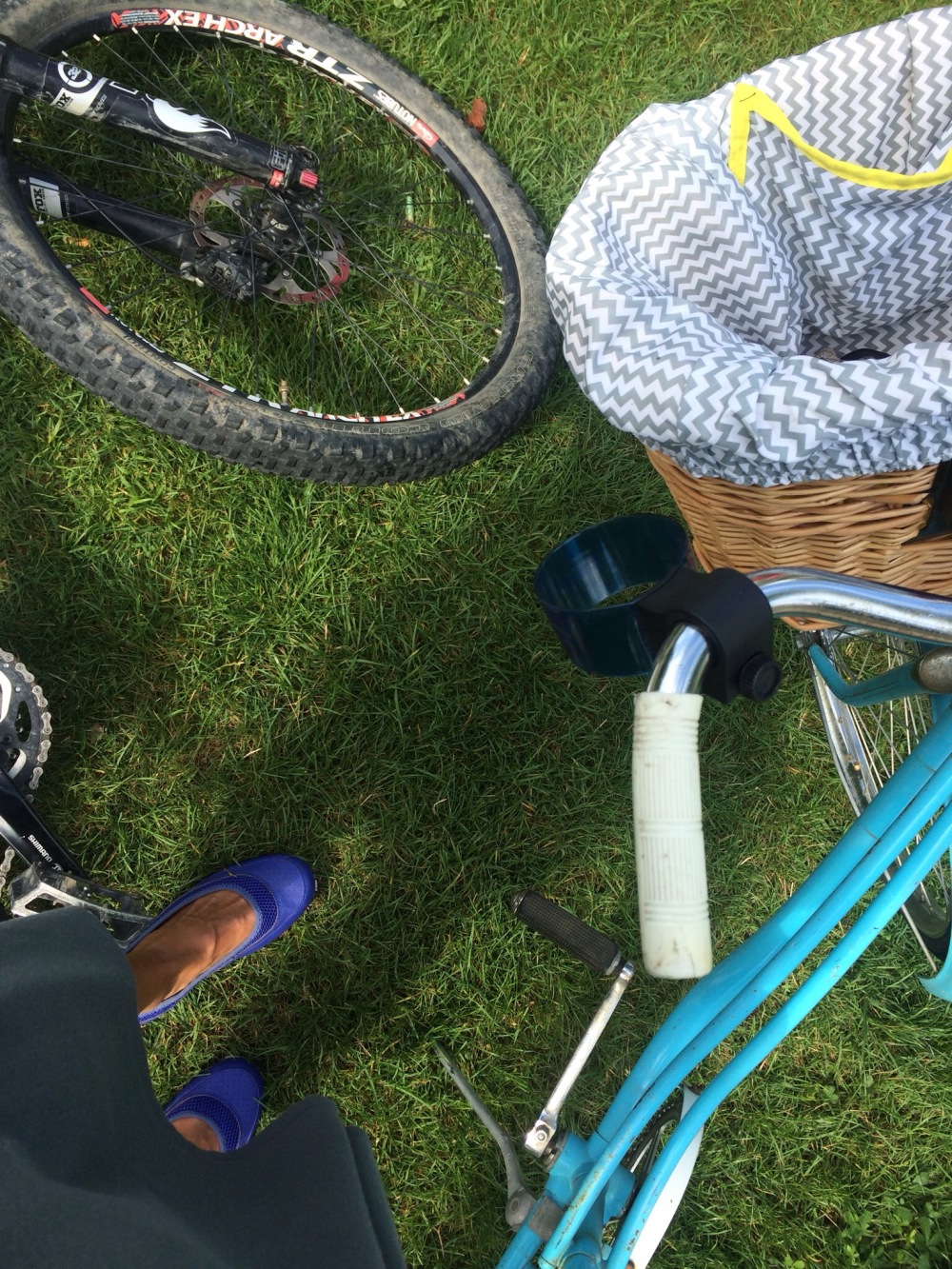 The reason for the lack of post yesterday was our Swis National celebrations. Or should I say, my family’s Swiss National celebration which I was graciously invited to partake in too. (Manolo is REALLY enjoying my total dependence on him and second rate Canadian status)

We traveled to Bäretswil to celebrate with Monika, Heinz & Titi. As we now have become used to, this means a spectacular feast, delicious wine, a view that feels like a postcard and delightful company.


Of course the best part of a national holiday are the fireworks, we did notice that many Swiss seem to jump the gun on the fireworks. We were hearing lots going off around 3:00 in the afternoon which really perplexed us. Daytime fireworks just don’t make sense.

The only challenge with watching fireworks in a region where towns are 3-5 km’s away from each other is that it’s super tricky to know where to look. As we were reminded too often last night, light travels faster than sound. By the time you hear the fireworks behind you, you’ve missed them. It was a constant game of chasing the sound of the fireworks or the person yelling “over there!!” just to see a black sky. We did witness many a good explosion though, much of which appear to be private stashes rather that a big coordinated municipal effort. The highlight for the kids were the special sparklers bought for them by Monika with which they were able to confirm that the sparks are dang hot!


Today, the biggest excitement was the capture of our first snake-that-isn’t-a-snake. Having heard that these creatures existed, we’ve been intrigued and on the lookout. It’s a blindschleiche; a limbless lizard native to Eurasia. You should google it… Not sure if they’re poisonous or not. There was some excited debate once Diego had this one caught. Time will tell, will keep you posted.
Otherwise taking it easy in response to too much wine, the big planned outing was a trip to Ikea. I had collected a fair list since having arrived. Similar to Ikea in North America, they are designed to not let you out. This one was a perplexing mix of maze-like pathways that led to escalators up followed by escalators back down then up again. We changed floors more times than I could keep track, always in an up & down pattern. Totally perplexing. And here in Eurpoe shopping carts ride on escalators (with or without stairs) by themselves. No need to hang onto them. It is completely terrifying!

Slowly but surely we’re getting settled in at home. Ready to take on visitors. We’re starting to get some interest so book now while you still have first dibs on the blow-up bed!